We are very excited to feature this months Minnesota Clarinetist Pat O'keefe! 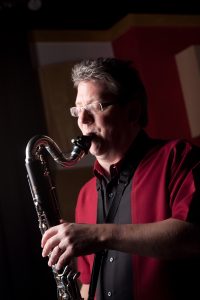 Pat O’Keefe is co-artistic director and woodwind player for the contemporary music ensemble ZEITGEIST, based in St. Paul, Minnesota. An active proponent of contemporary classical music, Pat has performed and recorded with noted new music groups around the country, including SONOR in San Diego, the California E.A.R. Unit, the Cleveland New Music Associates, and Ensemble Sospeso in New York, as well as the San Diego Symphony and the Augusta Symphony in Augusta, Georgia, where he was the principal clarinetist for five seasons.

Beyond his activities in Western classical music, Pat is actively involved in other musical endeavors, as well. He is currently a member of the free improvisation group AntiGravity, and has appeared in concert with such notable improvisers as George Lewis, Anthony Davis, Wadada Leo Smith, J.D. Parran and Fred Frith. He has also studied Turkish music with Turkish Rom clarinetist Selim Sesler, and Brazilian music with master drummer Jorge Alabe. Pat was a percussionist with the Brazilian ensemble Sol e Mar in San Diego, and appears regularly with the groups Brasamba, Batucada do Norte and Music Mundial in the Twin Cities.

Pat holds a B.M. (with Performer's Certificate) from Indiana University, an M.M. (with Academic Honors and Distinction in Performance) from the New England Conservatory, and a D.M.A. from the University of California, San Diego. He is currently the clarinet instructor at the University of Wisconsin-River Falls. He has taught previously at UCSD, Augusta State University and Georgia College.

Learn more about Pat's clarinet beginnings along with his current approach to life during COVID-19 during an interview with clarinet specialists Tori Okwabi and Amelia Smith.

THANK YOU FOR JOINING US! STAY TUNED FOR MORE FEATURED ARTISTS WITHIN OUR SERIES.